The price of iron ore, the raw material that goes into making steel materials, has reached its highest level in a decade, jumping over $190 per tonne. South Korea’s steel manufacturing giant Posco was an early investor in mining and thus seems to be in a relatively relaxed state. However, Hyundai Steel Co Ltd under South Korean conglomerate Hyundai Motor Group is facing an uncomfortable situation as it has no existing mining investment.

According to Korea Resources Corp on May 7, the price of imported iron ore (including cost and freight) from China reached $192.4 per tonne as of April 30.

Iron ore price stood at $166.8 per tonne just a month ago on Apr. 2, but the price continued to rise over four consecutive weeks last month to soar past $190 per tonne. This is also the first time in 10 years and two months that the price of iron ore has gone over $190 per tonne since February 2011.

The trend of price increase of iron ore is believed to have been affected by the recent surge in global steel material prices. It is analyzed that the increase in artificial demand of steel material in the global market is fueling the rising price of iron ore. This mood is also being clearly reflected in domestic demand in South Korea. Prices of major products such as hot-rolled steel and heavy plates in South Korea recently surpassed 1 million won per tonne. In particular, the price of hot-rolled steel, the parent material for producing cold-rolled steel and heavy plates, surpassed 1.1 million won per tonne to approach 1.2 million won.

As iron ore price nears $200 per tonne, concerns are emerging in South Korea that its steelmakers such as Posco and Hyundai Steel will be more burdened. In particular, if the domestic price of steel material reaches its maximum point and can no longer be increased, the climbing trend of iron ore price is expected to make it difficult for the steelmakers to secure profits.

The atmospheres at Posco and Hyundai Steel, the two major steel companies of South Korea that use blast furnaces, are contrasting. Posco, which has actively invested in raw material, appears to not be too worried about the soaring price of iron ore. It may indeed have reasons to be at ease as it receives 15 million tonnes of iron ore annually from the Roy Hill mine in Australia, as well as being supplied with iron ore from PosMAC (Australia), AMMC (Canada), and Kobrasco (Brazil).

Posco can also expect dividend payments from global mining companies that it has invested in for raw material. In fact, the steelmaker received a dividend of over $46 million (50 billion won), equivalent to a stake of 12.5%, from Roy Hill Holdings Pty Ltd in September last year. As Roy Hill is expected to post a better profit this year, the anticipation is that Posco will receive an even higher dividend payment compared to last year.

On the other hand, Hyundai Steel, which has no investment in mining, has fallen into a situation where it needs to worry about the possibility of profitability worsening. Fortunately, the price of steel material is also currently on the rise, so concern about the climbing raw material price does not seem to be too big. Nevertheless, it is being pointed out that the steepening iron ore price, which is rising day by day, could put a considerable burden on Hyundai Steel’s manufacturing costs of steel products. 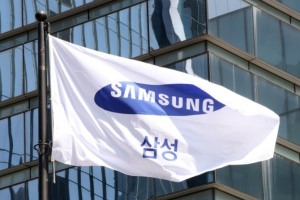