SK Siltron to invest 700 billion won in expanding wafers in the U.S. over the next 5 years

SK Siltron, a semiconductor wafer manufacture under the SK Group, will invest $600 million (about 709.2 billion won) over the next five years to expand wafer production in the U.S.

According to the industry on the 10th, SK Siltron CSS, a U.S. branch of SK Siltron, released its investment plan in a recent letter submitted to the U.S. Department of Commerce.

SK Siltron CSS is not a semiconductor manufacturer, but it produces wafers thus it was requested to submit its supply chain information by the U.S. Department of Commerce. SK Siltron CSS submitted this letter instead of business data.

In the letter, SK Siltron CSS said, “As demand for electric vehicles increases rapidly, global demand for the silicon carbide (SiC) wafer is also increasing. SK Siltron CSS is planning to invest $600 million over the next 5 years to expand the production capacity of SiC wafers.”

SK Siltron CSS previously announced that it would invest $300 million (about 350 billion won) to expand SiC wafer production in July this year, but its investment plans doubled in half a year.

SK Siltron explained that the initially planned $300 million investment is included in the plan newly announced this time.

SK Siltron CSS is a U.S. subsidiary established by SK Siltron in 2019 by acquiring Wafer Division of DuPont in the U.S. It produces SiC wafers in Michigan.

The SiC wafer is a product made of silicon carbide, an artificial compound produced by heating silica (SiO2) and carbon (C) at the high temperature. It can withstand higher voltages and temperatures than common silicon wafers. 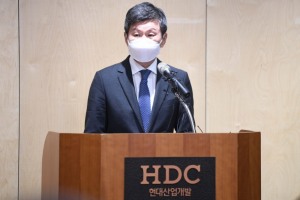