As the Japanese government announced that it will allow visa-free entry for individual tourists from the 11th, reservations for travel to Japan are expected to surge.

Japan has steadily eased travel regulations by easing pre-arrival testing requirements and allowing package tour without guide, but has required having a group tourist visa issued through travel agencies.

That's why most travel agencies sell tour packages departing a month later. Because it usually takes 2 weeks to issue a visa.

The industry sources said that the demand for travel, which had soared after the Japanese government allowed package tour without a guide, could rise further due to visa-free entry. In particular, as there is high demand for free travel to Japan, the number of customers who purchase tickets directly from airlines without travel agencies is expected to surge.

As the Korean and Japanese governments eased the COVID-19 regulations starting this month, the number of flight ticket reservations has soared. It will increase further due to the visa-free entry,” the aviation industry source said.

The number of reservations for Japanese routes of Korean Air in October tripled from the end of August as of the 20th of this month, the reservation rate rose 24%p. Korean Air is currently operating four routes to Japan, including Gimpo-Haneda route and Incheon-Narita route.

The reservation rate of Air Seoul, which will resume the Incheon-Narita route on Sep. 27 and Incheon-Fukuoka route on Oct. 30, soared earlier in the day. Compared to the previous day, the number of reservations soared 300%.

Reservation rate of Jeju Air’s Incheon-Narita route in October was in the 40% range as of the 5th of this month, but rose to the mid-50% as of the 21st. The reservation rate for Incheon-Sapporo route also rose from mid-50% to mid-80%.

An official from the aviation industry said, “There have not been many individual travelers to Japan due to the visa. As the visa-entry has been resumed, the number of flights will also soon recover to the previous level.”

Shin Seong-kyung, Senior Manager of the Japan tour team at Verygood Tour, said, “As travel to Japan was suspended 7 months earlier than the COVID-19 pandemic due to the boycott, there is a pent-up demand for travel. The decision of the Japanese government to allow visa-free entry will lead a second boom.”

Verygood Tour said the number of daily reservations for travel to Japan has risen to 500 since the Japanese government announced the plan to allow visa-free entry. This is the level before the No Japan boycott campaign in 2019, and more than 50 times higher than during the pandemic.

An official from Modoo Tour said, “As demand is expected to surge, we are discussing with airlines to secure flights.”

Other travel agencies are similar. 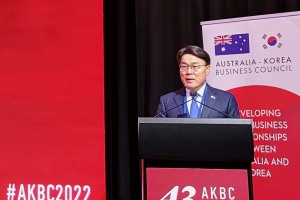